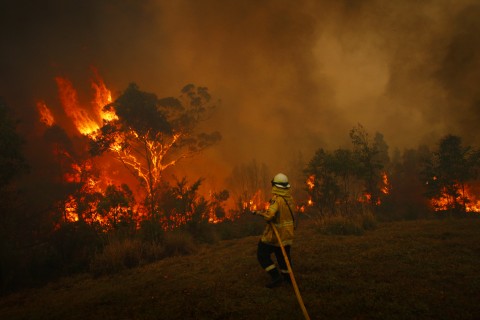 The devastating bushfire season of 2019/20 affected 5.5 million hectares of land in NSW alone, 26 people lost their lives, 2,476 homes were destroyed and 25% of suitable koala habitat was burnt, along with 81% of the Greater Blue Mountains World Heritage area and 54% of Gondwana Rainforest of Australian World Heritage Area in NSW.

In February 2020, the NSW Government declared there would be an independent inquiry into the fires and the inquiry received submissions from a large range of stakeholders. The Nature Conservation Council produced a submission with key recommendations on fire ecology, fire management and fire operational aspects. NCC also prepared a submission guide for their member groups, which provides a summary of key points that members could use for their own submissions.

On the 26th of August 2020, the final report written by Dave Owens (APM) and Mary O’Kane was released with 76 recommendations made to the government, which the Government has promised to implement. Access the final report here.

NCC prepared a media release as an initial response, which you can read here.

Besides the NSW inquiry, the Federal Government launched a Royal Commission into the National Natural Disaster Arrangements with first observations released on the 31st of August. Read the Emergency Leaders for Climate Action submission here. The South Australian Government has also commissioned an Independent Inquiry which is due later in the year.