Fire and direct seeding to establish a pioneer community

Home Fire and direct seeding to establish a pioneer community 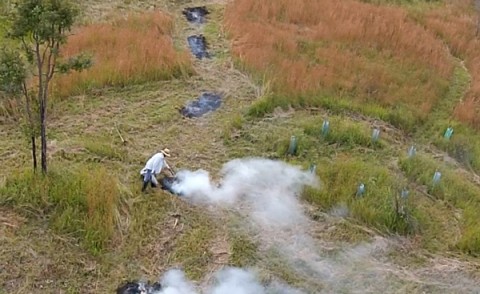 Understanding the benefits of fire for ecological health was an important component and various options for small scale use of fire in bush regeneration were trialled to build landholder awareness and showcase best practice techniques. This included principles such as cool burns that remove low density fuel loads with minimal impact on soil health and condition. Timing burns to coincide with seasonal seed drop from adjacent forested areas offers the best chance for weeds such as Broad-leaved Paspalum to be removed by fire whilst taking advantage of optimal conditions for seed to germinate and establish. Direct seeding of native species in conjunction with fire is a proven method of achieving cost-efficient and low-maintenance establishment of pioneer plant species. 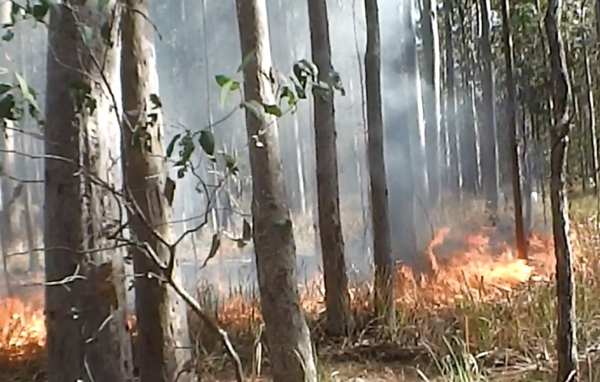 In April 2015, a landholder undertaking a large revegetation program to restore floodplain vegetation communities sought advice on options other than tree planting to achieve the objectives of his work. With the landholder not convinced that broad-scale use of fire was appropriate, it was decided to trial small, manageable patch burns in the open grassland with seed easily collected from local Acacia fimbriata directly spread onto the burnt areas. No follow up such as watering or weeding was undertaken.

No evidence of any successful establishment was found after around a year however the dense exotic grasses quickly dominated the site making it difficult to detect small seedlings. In November 2017, an inspection of the site noted small patches of Acacia which were aligned with the location of the small burns. 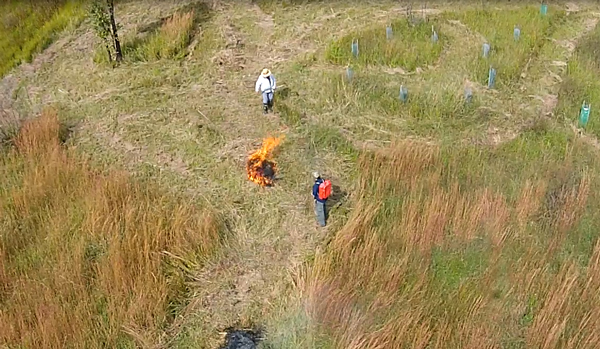 Small patch burns can be managed by two or three people if planned carefully.

An important lesson when using direct seeding is the timeframe of visible results, with emergence of one metre high seedlings in this case taking around two and a half years. In comparison, tube-stock seedlings planted immediately adjacent, at around the same time, were around 3-4 metres in height albeit with much greater effort exerted to dig holes, add fertiliser, install tree guards, watering (initial and follow-up) and other maintenance.

Tube-stock plantings achieve much more rapid and visible results within the timeframes required of many NRM funding programs. However, this small fire trial showed that a combination of fire and direct seeding with pioneer species can achieve the desired results of revegetation – however an appreciation of the time required before results are evident is essential.

This small trial can now be scaled-up gradually to larger patch burns with the landholder aware of the results that can be achieved and the efficiency and effectiveness of using fire in combination with readily-accessible seed. Combinations of herbicide use prior, and a more intensive maintenance regime after, can be put in place depending on available resources. A greater species diversity of native seed – much of it easily accessible in bulk quantities in this region – could also be incorporated to achieve a robust pioneer community. 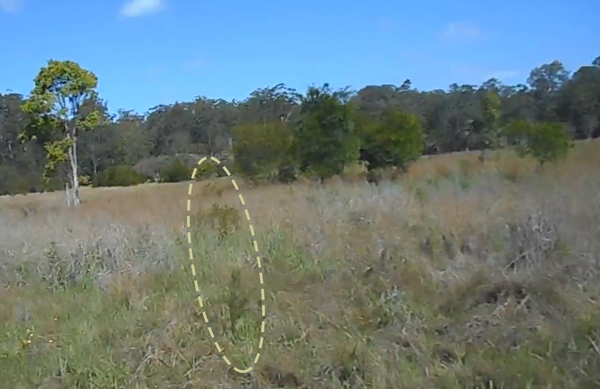 The tube-stock planting can be seen to have progressed well reaching up to four metres.
The fire plots circled in grey have Acacia to around one metre – a much slower rate of establishment – but with much less effort and resources expended.

The Upper Coldstream Biodiversity Project has been working with dedicated land stewards within an ecologically significant and culturally rich corridor along the NSW north coast. Using the Coastal Emu as a flagship species, a community collaboration has come together in pursuit of landscape-scale restoration. The newly formed Coastal Emu Alliance comprising of government, landowners, environment groups and the broader community are working together to create an effective and strategic ongoing land stewardship program for the recovery of the Coastal Emu.

Learn more about the Upper Coldstream Biodiversity Project through this video.