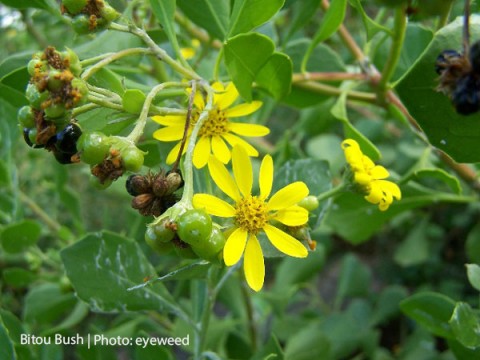 Over the past 30 years, Tein McDonald has been interested in trialling the use of fire to assist with restoration.

In this three part interview Tein discusses principles for using fire in restoration projects, reflects on her experiences as a PhD student working with Sydney bushcare sites before and following the 1994-95 fire season and shares lessons from current projects in Northern NSW managing restoration on sites dominated by Setaria grass.

Part 1: How is fire being used to support ecological restoration?

Can you explain the main goal of ecological restoration?

The purpose of restoration is to reinstate a self-regenerating ecological community. Restoration is not just planting a designer ecosystem that will look good for a while, but rather trying to reinstate a vital and resilient locally indigenous ecosystem – i.e. one that has the capacity to reproduce itself, recover after disturbances and persist over time.

How can fire be useful in a restoration context?

The word ‘resilience’ means capacity for both recovery after disturbance and persistence over time – and this capacity is developed over long time frames as the organism has been exposed to natural disturbances and adapts. Many species in ecosystems have adapted to persist in some cryptic form (such as buried seed or bud banks) after a long stress such as a drought or even a period of domination by other species. Part of this adaptation is that they can then regenerate after the stress has been removed. In the case of a short, sharp stress like a fire, species may prolifically regenerate where they are adapted both to fire as an environmental stress and to being dominated by other species in the extended absence of fire.

So this is why we can get regeneration of natives after fire has removed dominating weed. The species are adapted not only to fire but to periods without fire when other species may dominate. It doesn’t matter to a native whether the dominating plant was a weed or a native. This resilience can lend itself not only to natural stresses but also to human-induced stresses like weed invasion as long as we deal with the resilience of the weeds as well!

There is another interesting opportunity. Following fire, weed species often germinate before natives. This allows you to mass-treat the weeds prior to the more detailed work required to remove weed in amongst natives. So when appropriate treatments are identified and resources made available fire can be used as a very positive tool to build into restoration efforts where the native species are fire-adapted

Are you aware of any large scale fire and restoration projects in NSW?

Fire has been trialled in restoration projects in NSW since at least the late 1980s.  It was trialled to help regenerate fire-adapted native shrubs (suppressed by weedy shrubs) in Sydney’s Kur-ring-gai bushland on the advice of Doug Benson from the Royal Botanic Gardens.  And it was later incorporated into the large scale management of bitou bush (Chrysanthemoides moniliferasubsp. rotundata) in coastal areas of NSW on the strength of some research by Paul Weiss who showed that younger bitou bush plants were killed by fire and that fire could trigger germination of most of the bitou bush soil seed bank (see Weiss 1983 for further details). (Significantly, without fire it would have taken many years for this seed bank to decline.) This knowledge was then combined with research into aerial application of herbicide. The research conducted in the 1980s and ‘90s by John Toth and Paul Milham from the NSW Department of Agriculture allowed the selective herbiciding of bitou bush, with little effect on natives if the spraying was conducted in winter at very low rates of application.

NSW National Parks & Wildlife Service took advantage of this understanding following a wildfire that burnt two thirds of Bundjalung National Park in the 2001-2002 fire season. As a result of the fire the Bitou had been killed or significantly knocked back and the natives were all leafless. This created a perfect opportunity to spray the Bitou as it was regrowing, re-sprouting and regerminating, with little effect on the natives. The follow up aerial and ground sprays that were conducted over the following decade have been extremely successful in virtually eradicating the bitou bush in this area.

How does this approach relate to current fire and restoration efforts on smaller scale sites?

Fire has been used in the restoration of grassy ecosystems in North America and in Victoria, Australia to improve conditions for biodiversity for many decades. And so we have learned from all these people that fire can be applied on weed-dominated bush regeneration sites with grassy or shrubby ecosystems with great success. It is important to note that fire doesn’t replace any need for the weed control treatment but following fire the first flush is often highly weed dominated which allows us to blanket spray it prior to the natives germinating in any quantity. We then follow-up with spot spraying as necessary. Very consistent follow up is an absolutely essential ingredient of this treatment, to prevent the weed setting seed again.

If you take this approach, interrupting the weed cycle and treating the weeds in a way that protects the natives, then the natives will dominate the site once again and start to replenish the soil seed bank and rebuild native resilience. This will promote the best recovery that we can get for some of these damaged sites. Because there is still weed in the system, when these sites are subjected to subsequent disturbances they will need to be monitored and any weeds treated to make sure the area doesn’t degrade again. But the restoration treatment has given these sites much stronger prospects for a biodiverse future.

In what other contexts has fire and restoration been applied?

Read Part 2 of this interview to learn about Tein’s fire and restoration research linked with Sydney’s 1994-95 wildfires.

Bitou is listed as a Weed of National Significance. Further information about combining fire and herbicide treatments for control of Bitou is available on the NSW Department of Primary Industries Weedwise site.

A more detailed discussion of the techniques used in Bitou control, project results and management implications is available in an article by Jeff Thomas, Damien Hofmeyer and Andrew S. Benwell available on the Australian Association of Bush Regenerators site.