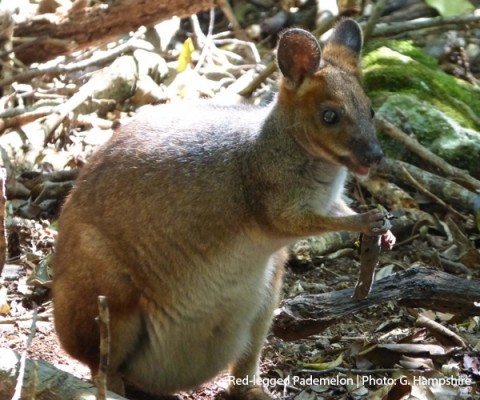 This collaborative project will run for 10 years, working across land tenures including national parks, state forests and neighbouring private lands on the Richmond / Koreelah Ranges, in and around World Heritage listed Gondwana Rainforests of northern NSW. The work builds on hazard reduction burns and lantana removal conducted in 2016 to help protect Eastern Bristlebird habitat and a related captive breeding program underway at Currumbin Wildlife Sanctuary.

Activities planned for 2017 include: